How does the eufyCam with the external antenna look?

We are considering the design of a new generation of eufyCam in the form of an external antenna to increase the Wi-Fi connection range, probably can reach a distance of about 1000ft.

Assuming that the ID design is shown in the following figure, we are worried that the external antenna may damage the aesthetic feeling of the original design. 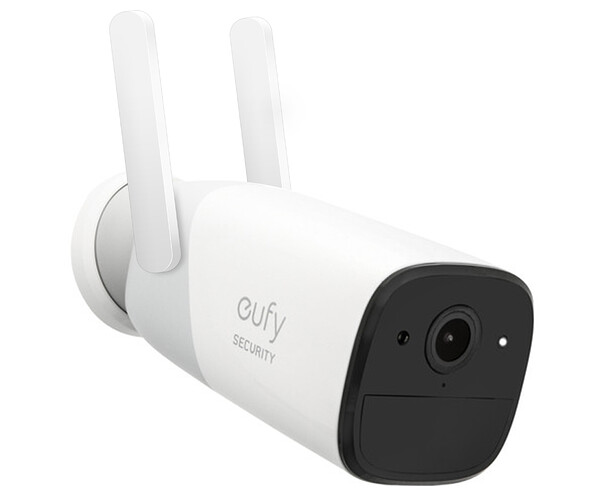 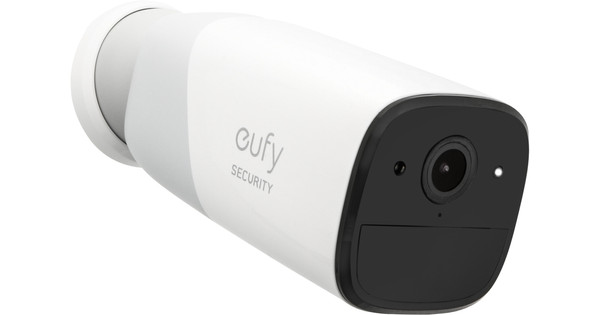 So, what about your opinion? Need your voice on this point. Come on, Let’s talk it!

Note: The discussion can involve but not limited to the following topic.
1）How do you feel about this design?
2）Can you accept the design of the external antenna？
3）Your suggestions and ideas.

I would not mind the appearance of the antennas if the distance works. Access would trump appearance.

First of all, appreciate your efforts and coming with an idea to have external antenna.
As the limited wireless range is a huge drawback on these great eufycam series, adding external camera may improve the signal range and satisfy many more customers.

I personally think the antennae look fine. This is a security system, and ultimately what matters the very most is that it works and the signal is strong. These two little “ears” are a very small price to pay, and look just fine.

As for the suggestion about an attachable optional antenna, I only worry about two things there:

I’d say just stick them on there, and if someone doesn’t like them being up, just keep them folded down. No one is going to really notice or say anything negative about it as they are fine, well-designed cameras already.

I like your points @JoeyY. to me, nothing wrong to have 2 extra ears

I really like the antenna! I think it looks better with it than without it! If you are making this camera have a big range you need a solar panel compatible with this camera and all other cameras you make so you can have even more freedom with where you place it. Also maybe Instead you could use 4g data and combine it with the solar panel then you could put it anywhere and never have to worry about it. What do you think @ken17?

Probably a bit late to this discussion, but the problem I see with such big ‘ears’ is that in some mounts they may hit wall or ceiling above the unit. Now, you may say that the ‘ears’ can be moved, but how would that affect the range?

It think the camera’s look cute with those ears

but seriously, if it works I don’t care how it looks

I think it looks good and is a good idea!!

External antenna = great idea!
Once the camera is mounted, I don’t pay attention to it that much unless there is problem. Cosmetic appearance vs increase in range, I would pick range increase without hesitation.

I agree with both of JoeY’s points.

But, I think more time needs to be put in allow the camera to join an existing Wifi network to connect back to the base.

I’ve been using an external antenna for about a year 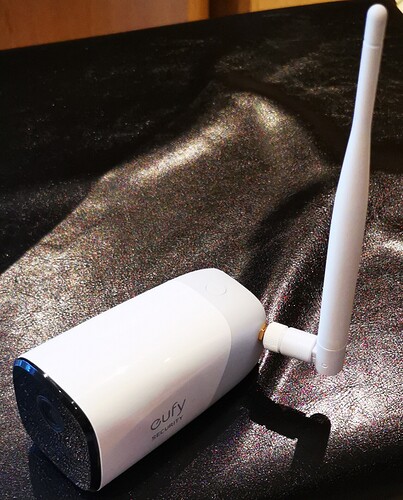 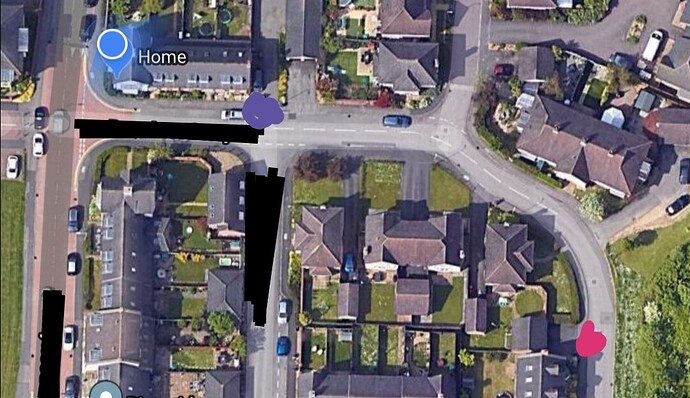 I haven’t tested the original but I’d guess 1-1.5db
The external I chose is a 5db
Having the same just away from the PCB probably won’t make much difference, less noise but more losses
I estimate about 0.6db loss for the cable & sma connector but that still means I would have about 3db gain over the original 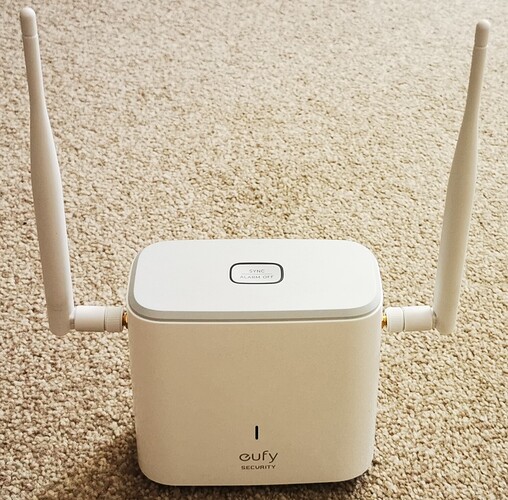 Yeah like the idea and looks of the external antennas. I assume you are also considering adding something similar to the home base.

I’d love if there was an exposable, behind a rubber door/flap or such to prevent ingress, RP-SMA where we could attach an antenna of choice.

Would you be able to do just one antennae? Either way getting that sort of range far outweighs the negative aesthetic.

Nice job @Haloweenhamster, could you share how you added the antannas? I don’t need extra range but if I ever did then this would be great. Other people may want to do it too

The homebase is the easiest & what I’d recommend 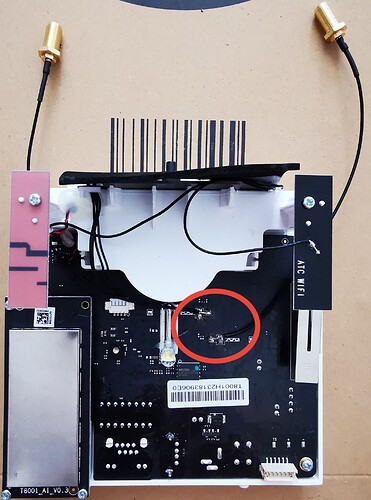 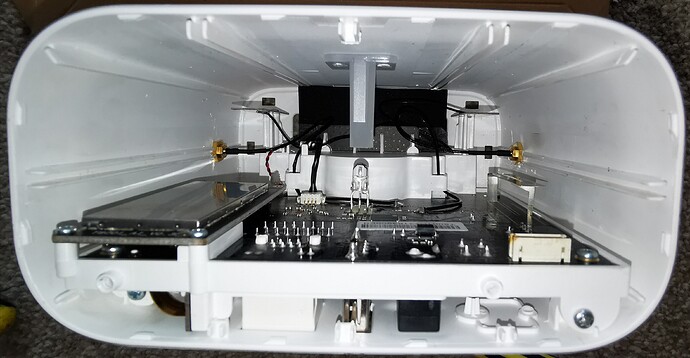 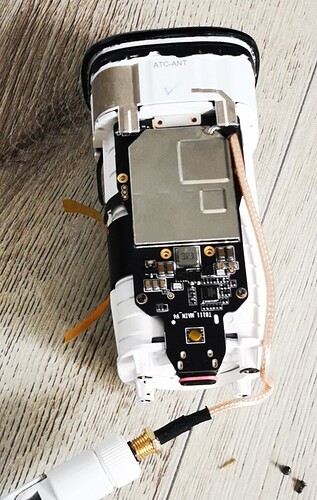 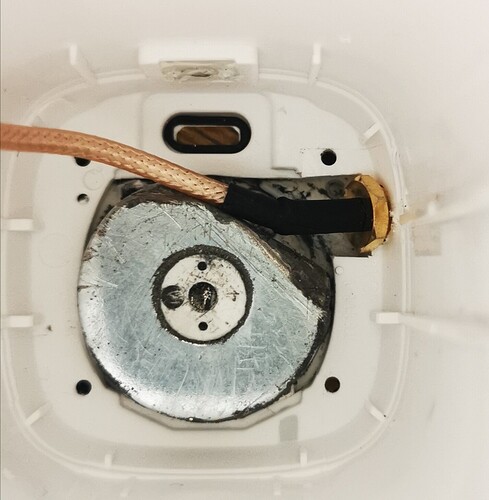 IMG_20200725_1211271426×1457 272 KB
Disassemble, remove pins for WiFi printed antenna, solder on rp-sma cable (careful not to put any strain on the solder joints, I accidentally took ground pad off when I moved the cable hence why it’s soldered to the screen), cut magnet on back of case, drill hole for sma

Note
A year after doing this mod the camera failed to charge (3rd charge), disassembled & found water got into the antenna, through the centre of the sma, down the cable & onto the camera PCB, the result was the charging circuit has failed so I’m in the process at the moment of adding a cable directly to the battery to be able to charge it, luckily camera still functions fine

I prefer the figure 2 design …it’s a much cleaner look. I think those external WiFi antennae might be a problem in winter up here in Canada … might freeze and break off or become damaged by ice and weather