Hi any updates on the smartdrop?
You stated in your campaign that the design will be locked in November
You don’t seem to be as communicative on this campaign compared to the original one

Still no update, last time you was more communicative, it’s been 2 months

SmartDrop is going to ship at end of June. Anything you are interested to know? I am willing to help

Well it’s been about 3 months since the last update, a few people have ask questions & there’s been no response for 18 days 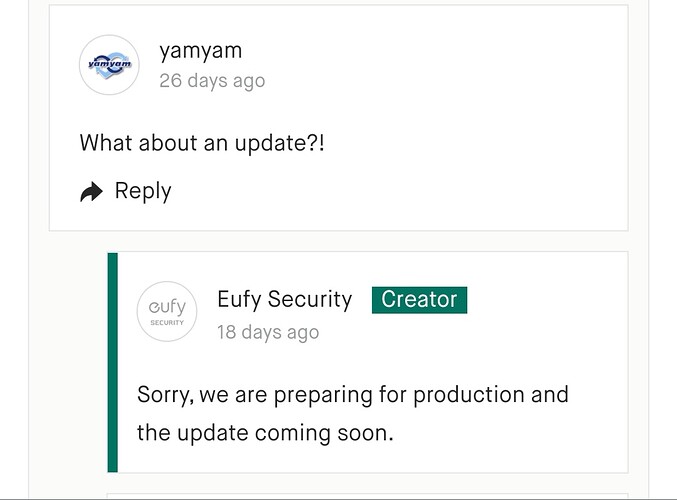 Yes, everything is on track

Delays people can cope with, lack of communication worries people

If FCC certification wasn’t done until the 29/07/21 how did you originally expect to ship end of June?

Have you managed to get CE certification yet, if not how long are you expecting until you have it?

Come on people are getting restless, just give us information, it’s been 41 days since you last updated/responded to a comment which is also when you were due to dispatch, you are now 11 days past your last date you told use that they will be dispatched by!